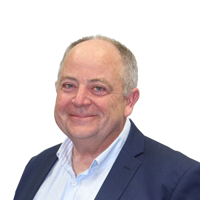 Douglass is currently the Chief Executive Officer of Family Based Care North West a business employing some 220 staff and has held a number of executive position over the last 15 years both in Australia and the UK.  These have included, Chief Operating Officer Cradle Mountain Water, Executive Manager Business Strategy for Waratah Wynyard Council, Executive Manager Infrastructure and Development Services, Circular Head Council and Risk Control Advisor (Europe) for Cadbury Schweppes PLC.  In addition Doug sits on a number of Boards including, , Defence Reserve Support Council, Tasmanian Council of Social Services (TASCoss), Aged and Community Services Australia, DoMaur Productions and Your Care Australia Inc. Doug had over 6 years as a member of the Board of Marist Regional College and Environmental Health Australia (Tasmania)

Doug holds a degree in Environmental Science from the University of Western Sydney and has been a practicing EHO and Assistant Building Surveyor.  Doug lives in Wynyard in Tasmania and is married to Maureen who is a clinical psychologist in private practice and they have 2 teenage children.  Doug enjoys bushwalking, white water kayaking and Producing, Directing and performing in community theatre.  Doug has been awarded a Tasmanian Theatre award for is work directing “A Clockwork Orange”

Doug saw active service onboard the USNS Comfort during Operation DEMASK (1st Gulf War) and was awarded Australian Service Medal (Kuwait) and the US Navy Unit Commendation.  Doug is a Major in the Army Reserve and is the Officer Commanding 44th Transport Squadron.